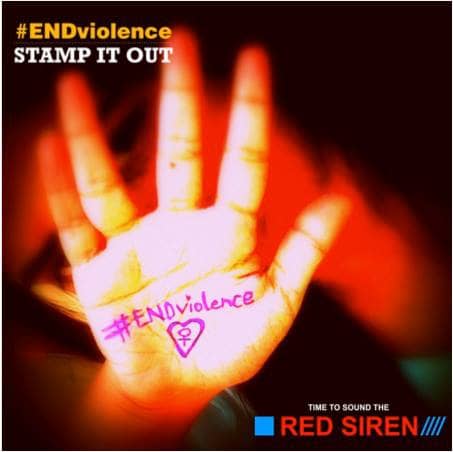 Life changed for Rakhi (name changed) when she was barely one. Her father sold her off to a Bongaon household across the border when she could barely walk. It was in 1996. Md Ghira a hobo (migratory worker) from Satkhira in Bangladesh had seven children. As he could not feed them with his paltry income he chose to dispose off one to Bongaon in India for Rs200. Rakhi’s fate did not immediately change they wanted to bring her up as their own. They cared for her till Rakhi was 12. Then, one day, all hell broke loose. Rakhi’s maternal uncle who had clinched the deal for her new parents lured her off to Kolkata with promises of a great future.

Afraid of police action her ‘parents’ who had smuggled her in from Bangladesh lodged no FIR. Rakhi blindly followed her maternal uncle and landed in a cul-de-sac of Kolkata’s dark underbelly. She didn’t know that she was sold off in one of Asia’s largest red light areas in North Kolkata’s Sonagachi area. Harumohan the estate agent who related the story revealed more gruesome aspects of what happened with Rakhi.  “The hostess of the girl told her about the life that lay ahead of her and the money it involved. When Rakhi refused to give in, two bodyguards’ of the hostess gangraped her for the whole week. Then she was taken to a quack for treatment. A dose of paracetamol was all what she got for her pains. Weeks later, she was introduced to an unusual client as a ‘matinee item’ the pseudonym for those below 15. “This client was different because he demanded and evidently paid for the cup of urine she would have for drink from her victim. Everything else then followed,” Haru says.

As it was difficult for Rakhi to urinate on demand the hostess would keep her a regular dose of Furosemide tablets. Like Rakhi many minor girls are trafficked in and out of Bengal which serves both as a “procurement and transit point” for traffickers.

Shamima a 15-year-old Madhyamik student was trafficked in Barasat in North 24 Parganas on false promises high-paying job in Delhi. When she did not return for several days her father, a daily construction worker, informed the police who refused to lodge an FIR by saying “your daughter has run away with her lover.” The family looked for her frantically but nothing happened. “In the meantime two more girls were reported missing from the neighbouring villages and in both the cases the police did not act” says Shamima’s father Md Ashraf. When they had lost all hope a chance phone call from Delhi’s GB Road brought good news about Shamima. Evidently she was pushed into flesh trade. Ashraf then rushed to Delhi only to get a second rebuff from the police there. But as luck would have it, a Sardarji who has a shop in the area gave him the number of an NGO which immediately swung into action.

In a third and more recent incident Meghna (name changed) a Kolkata girl, a student of Class XII was picked from her maternal uncle’s house in Murshidabad. “Even though we kept on complaining the police would take no action,” her mother who resides in North Kolkata, says. It took only habeas corpus petition at the Calcutta High Court and a rebuke by the judge who warned the top brass with legal action that the police swung into action. The accused were arrested but the girl continues to remain traceless. In another incident Amina (name changed) a 16-year-old girls was trafficked from Kolkata’s Iqbalpur area to a brothel in Agra. First, she was gangraped in a hotel for days and then introduced to flesh trade. However Amina was rescued with the help of NGOs like Child Rights and You and Coalition for Children’s Right to Protection and restored to her family. Amina later said that she was lured away to Delhi by a neighbour.

Indrani Sinha a senior functionary from NGO Sanlaap recounts a blood curdling case of Shabana who was trafficked along with her friend Lalita to a Mumbai slum. They were sold for high price to an Arab who kept them with him in a hotel. “In the hotel, Shabanna was raped almost by the hour and every day. When one day she asked the Sheikh why he had spared Lalitha he said he would take her as well. That night Shabanna was sent to the ante room and the Sheikh went to Lalitha. But in the dead of night Shabanna woke up to a loud scream. Running to that room she found the Sheikh looking down from the window. Lalitha was nowhere to be found. She was seven floors down lying in a pool of blood,” Sinha recalls. When her sellers challenged the Sheikh as to why he threw her out he screamed back saying the girl had an open sore on her thigh which had spoilt his fun. Everything was settled with money soon and no one discussed or missed Lalitha while her sellers condemned the Sheikh for spoiling a “lucrative product” which could have been used so many times. Shabanna, is now lives in Kolkata fighting HIV.

Commenting on the alarmingly increasing rate of trafficking an activist from Shakti Vahini an NGO that has rescued about 125 trafficked children says how “about 80 per cent of the children rescued are girls trafficked from West Bengal and sold to various parts of Delhi and adjoining States like Haryana and Rajasthan. Most of the girls thus trafficked come from the socio-economically vulnerable families residing in Darjeeling, Jalpaiguri, Cooch behar and Malda in North Bengal and Murshidabad, South and North 24 Parganas and Nadia and Birbhum in South Bengal.