Rani Mukherji starrer Mardaani focusses on an issue that has been plaguing the country for over a decade now. As many as 67,000 children went missing in between 2013-2014 and it is believed that more than 45 percent were minors who were trafficked into prostitution. While forced trafficking still seems to be rampant in most States, there is also an emerging trend of family pushing minors into the flesh trade in lure of a better life. Most of these cases go unreported but in reality there is a deal being struck every half hour in the country and one minor being trafficked every two days. Deebashree Mohanty tell you why this gruesome crime needs to be curbed immediately

Much like the age for child rape is going below, minor sex trafficking is also becoming a huge problem in the country. There are many gruesome facts that stare us on our face and there is little we have done about that. First, the age of minor trafficking is going lower (in 2013, there were 12 cases of girls under the age of nine that were dragged into this flesh trade). Second, it has been established by many ‘dealers’ that their ‘clients’ prefer young girls because they can be lured into doing anything and can withstand any amount of torture,” Gopi Puthran, the man behind the research work that went into the making of Mardaani, says.

Puthran tells you this and many other inglorious things about this murky business that has made India one of the hottest hubs for sex trafficking. “There are 35 million young population in India and more than 45 lakh are minors below nine years. Out of this, 47 per cent are vulnerable ‘targets’. They are either dragged into this profession without knowing what lies ahead or they are forced to have intercourse with clients so that the family can feed itself. There is a deal being struck every half hour in the country and one minor being trafficked every two days,” he highlights.

The Crime Branch in the Capital has a separate unit to deal with human trafficking and the inspectors tell you that they have to deal with all kinds of depressing tales about minor girls being used by perpetrators. “It’s not easy to raid a prostitution racket. Mainly because the criminals are well oiled and very well networked. It is emotionally draining to deal with young girls who have been used in the flesh trade. There is nowhere for these girls to return. By the time they have hit puberty, the girls have already had sex with multiple partners. For those who have been dragged into this trade post puberty, they have witnessed multiple abortions. Where is the innocence?,” asks S Sridhar, who retired from the Anti Human Trafficking Unit in 2011.

Horror stories from minors rescued during raids highlight the torture and trauma these girls undergo. Girls recounting how they were repeatedly raped over a month by 10 to 12 men in a day just to be broken into the trade are dime a dozen. A survivor recalling her experience to an NGO said that she would drink herself into a stupor before the madam sent grahaks — around four to five a night. 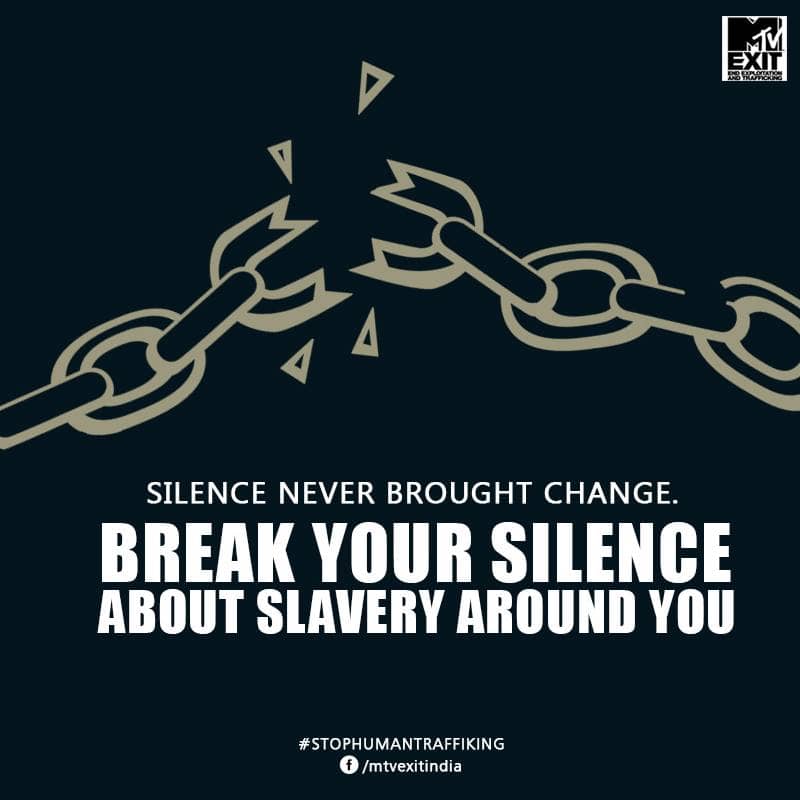 “The most alarming thing about minor sex trafficking in India is that in more than 60 per cent of the cases, the victims are being trafficked for prostitution by their family. These girls are so deprived that they are willing to do anything for money. They are too young to realise what they will be made to do. They are lured into this devious act and promised a better life. They have no idea about the tasks they will be asked to perform,” Puthran tells you from Mumbai.

Sridhar agrees that the problem has become unmanageable because nowadays human trafficking is two pronged — first is the traditional forced sex trafficking in which a minor is drugged and kidnapped by a dealer to be later sold to a brothel. The second is when the family of the minor reaches out to henchmen asking for help to get out of the poverty mess they were in.

“In 2010, there were 12 raids conducted on certified red light areas across the Capital and rescued seven minor girls from these operations but one could tell that they were not happy about going back to their home. In maximum cases the girls ran away from their homes and were lured into selling their body for a meagre sum. When the girls do not want to be rescued it becomes very difficult to reach them. Also the sordid environment at shelter homes reduces our rescue mission to a naught,” Sridhar says.

He tells you that out of the nine Government recognised correction facilities most of them are in a dilapidated state and do not have adequate labour. As a result the girls who have been rescued from the operations end up doing all the chores and living a miserable existence. When the minor girl population in the country is saddled between abject poverty and atrocities they are easily forced into human trafficking. Puthran feels economic empowerment in every village of the country could help in curbing this growing menace.

But is this adding to our already existing woes? “We have a population of 35 lakh girls in the age group of 5-13 years living in our villages in extreme conditions and they are vulnerable to the flesh trade cartels. Earlier girl trafficking in hordes was a difficult task because the information reached the Crime Branch but nowadays the henchman operates in small numbers. In case the buying and selling of the ‘girls’ was mutual, crossing inter State borders becomes  cakewalk,” Inspector Dinesh Rawat, says. He tells you that the missing children data doesn’t show the real picture because most parents do not file an FIR about a missing girl child.

According to the latest NCRB’s Crime in India 2013 report, a total of 1,224 cases of procuration of minor girls (366 A IPC) were reported in the year 2013 as compared to 809 such cases in 2012, showing an increase of 51.3 percent. West Bengal has reported 486 such cases indicating a share of 39.7 per cent at the national level followed by Bihar (193 cases at 15.8  per cent) and Assam (129 cases at 10.5 per cent). 100 cases of selling of girls for prostitution were reported in the country during 2013 against 108 such cases in 2012, thus indicating a decrease of 7.4 per cent. “These 100 cases of selling involved more than 5,000 minor girls who were sent to various parts of the country and to the Middle East most of them had no idea that they were sold off to a flesh trade,” Sridhar reveals, adding that forced sex trafficking of nine year old girls was rampant during 2009-2010. “These girls were most approachable. Now the age mean has gone up to 11-13 years. The complaint we have heard from brothel suppliers is that the 11-year-old are seen as having some ‘substance’,” he explains.

Chennai, Andhra Pradesh, Assam and West Bengal have recorded the most sex trafficking cases. It is believed that a minor can be procured from these states for as less as Rs250 per girl. Sometimes, it is the family which is targeted. They are told that their daughter will get a job for Rs5,000 a month.

“Unfortunately West Bengal is the source, transit and destination in child trafficking cases. The State sharing international border with Bangladesh, Nepal and Bhutan also witnesses cases of cross-border trafficking. One of the main reasons behind this is absolute absence of safety nets at the source and lack of awareness within the community and guardians,” Satya Gopal Dey a senior functionary at CRY Kolkata, says.

Activists tell you that the gravity of the situation came to light when the National Human Rights Commission came out with a report in 2005 which said that over a lakh children are missing. Rishi Kanth, an activist with Shakti Vahini explains the modus operandi. Most of the girls in the village have cheap mobile phones with a prepaid connection. Their numbers are easily accessible to the local henchman who lure these targets by befriending them. “Hai kitni pyaari lagti ho kurte main, Woh jhumka tumhe suit karta hai, and similar one liners are used to praise the young girls. If they fall for this cheap tactic, the henchman takes them for a treat of gup chup or a cold drink. A pill in the drink knocks the girls out for 24 hours. When she opens her eyes she finds herself in a brothel. It’s that simple,” he explains.

One is also told that inter-generation prostitution is another way through which minors are trafficked. “The minute a girl child is born she is groomed in such a way that she will find herself accepting prostitution as a way of life,” Tinku Khanna of Apne Aap Women Worldwide, a charitable trust in India says, adding that even the term ‘sex worker’ is a misnomer for many reasons. There are minors who were rescued but were forced to prostitute themselves. Nargis (name changed) was born into a poor family with an alcoholic father and an elder sister who had been forced into prostitution. One day she was raped by her sister’s client but was rescued by the police who enrolled her in Kasturba Gandhi Balika Vidyalaya. After Class VIII, when she went back home she was forced to prostitute herself. Today, she is a major and is in the sex trade. “There are many like Nargis who go back to prostitution. It is for the Government to give these girls a choice. Till that doesn’t happen minors will continue to be in demand,” Khanna says.

Since the Nirbhaya case in 2012, many changes in the law have come in for the better. A joint submission to the UN Committee on the Elimination of Discrimination against Women recommended that India review its Immoral Traffic Prevention Act (ITPA) and include provisions to better prevent trafficking and provide support services for survivors. It also called on India to “address the root causes of trafficking” and to “ensure the effective investigation, prosecution and punishment of traffickers.”

In January 2013, a committee led by Late former Supreme Court Chief Justice JS Verma, released an investigative report that noted the high prevalence of sex trafficking of women and girls in India. On the recommendation of the Verma Report, the Government of India recently adopted anti-trafficking provisions in the Indian Penal Code (IPC) through the Criminal Law (Amendment) Act of 2013, to conform to the internationally-recognised definition of the crime of trafficking as outlined in the Palermo Protocol. However, India’s other anti-trafficking legislation, which includes more comprehensive anti-trafficking laws, the Immoral Traffic (Prevention) Act (ITPA) of 1956, has not been changed in nearly 30 years. There is  a need to amend the ITPA by including specific provisions that will improve anti-trafficking efforts, protect children and survivors and address other shortcomings still remaining. “It is not just about increasing the punishment, what is needed is fast conviction. Unless there is conviction and the trafficker and the buyer find themselves behind bars, it will be difficult to prevent trafficking of minors. Conducting raids and rescuing girls is an aftermath,” Khanna points out.

What is needed, activists tell you are measures and plugs at each level. There is need to change the mindset of men who demand minors, the parents who are lured with money, the police who conduct raids and view these girls as sex-workers and feel that by rescuing them they are taking away their livelihood and the society at large who views these rescued girls as women who chose this profession.