Posted on August 14, 2014 Posted By: ravikantsvCategories: HUMAN TRAFFICKING
BY AMBIKA PANDIT PUBLISHED  IN THE TIMES OF INDIA 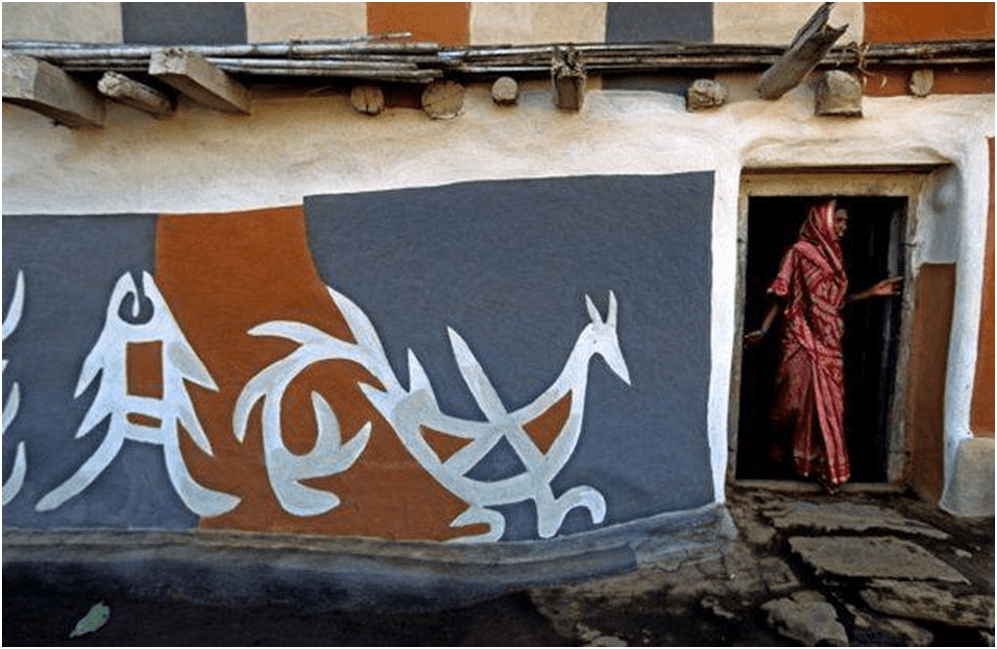 New Delhi: On the eve of India’s 68th Independence Day, a mother and daughter separated for almost one year took a step closer to reunion. The mother’s desperate search for her missing daughter brought to the capital from Jharkhand on the spurious promise of a job had ended in her rescue in Shakurpur in west Delhi. She was found in the house of man accused of trafficking her and placing her as a domestic worker in Paschim Vihar. Two men and one woman have been arrested by the Anti-Human Trafficking Unit in Khunti, Jharkhand. A case of kidnapping, abduction and trafficking has been registered.

The victim is pitched to be around 15 years old, a fact still under verification. For now placed under the care and protection of a children’s home run by Child Welfare Committee at Kingsway Camp, she will be reunited with her mother sometime next week.

In an operation that threw light on the trafficking trail between Jharkhand and Delhi, the case only goes to show that more and more minors from the poverty-stricken villages of the tribal state are being induced to migrate to metro cities for work and then pushed into bonded labour or prostitution.

TOI on July 21 reported the mother’s desperate search for the traffickers in Ranchi’s famous haat (market) organized during the Jagannath chariot festival. With the rescue of the daughter, comes to fore an equally painful story of the circumstances that drove the school dropout to fall into the trap of a woman from her neighbourhood who had offered to get her work in Delhi.

Her first counselling report, recorded after the Delhi Police and NGO Shakti Vahini rescued her on Wednesday night, shows that her life back home was hounded by poverty and she did not even get enough to eat. She used to take care of her siblings and dropped out of school after Class VIII. The day she decided to leave her home she had had a fight with her mother. She approached the woman she knew to seek help to get work. The latter offered to take her to Delhi and brought her to Paschim Vihar without informing her family.

After being rescued, she told TOI that she did want to go back home to her mother owing to fear of hunger as well as lack of resources to resume her education. She is one of seven siblings and her mother is a widow.

In July, the mother had told this correspondent that her daughter was taken away to Delhi without her knowledge. She had sought the assistance of the Anti-Human Trafficking Unit in Khunti to help find her daughter. The mother makes her living as a daily wage labourer. She had alleged that the man who took her daughter away had earlier taken her sons, too. When the boys contacted her from Delhi she learnt that they were working as domestic helps. The boys were not happy with the work conditions and wanted to return home. When she had asked the trafficker to bring them back he was non-committal. Finally, she went to Delhi to bail them out of the mess. Before life could go back to normal, her daughter vanished from the house. She alleged that the same people had taken away her daughter, too. Now the mother wants the Jharkhand police to bring her daughter back and punish the traffickers. 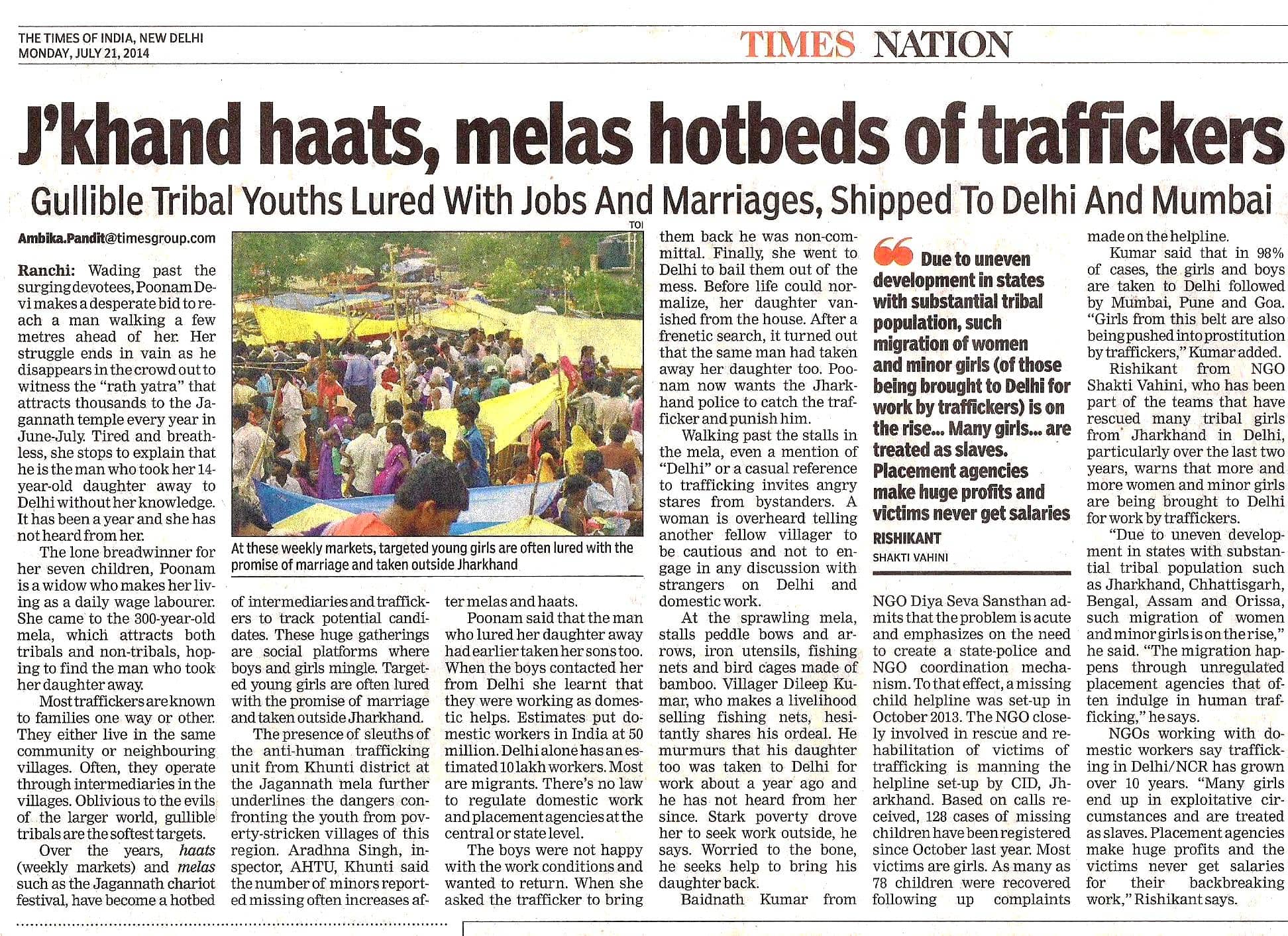 Times of India Article on Human Trafficking from Jharkhand