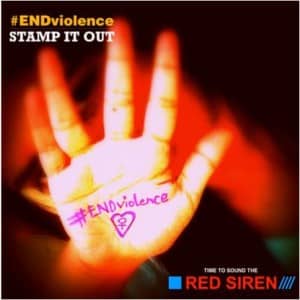 PUBLISHED IN THE BUSINESS STANDARD

(IANS) Barkha (name changed) was just 12 when she came to Delhi from West Bengal to work as a domestic help, her only option to escape the life of grinding poverty back home. She started working as a maid at the home of a doctor in West Delhi, and hoped her life would change for the better.

But her dreams came crashing when her employer started beating and abusing her for small mistakes.

“She would slap me and shout at me for no reason, I was made to stand under the summer sun, they did not give me food and locked me inside the house,” Barkha told IANS, recounting her tale of horror which ended only when she managed to call her parents who contacted the police.

She was rescued from the west Delhi flat in 2012 after serving for a few months. Barkha is not the only one. In the last one year, around 170 cases of violence against domestic helps have been reported in the capital.

But the case that has jolted the people due to its sheer perversity is of dental surgeon Jagriti, who was arrested for allegedly beating to death her 35-year-old maid Rakhi.

Jagriti, wife of a Bahujan Samaj Party (BSP) MP Dhananjay Singh, has also been accused of severely battering her two other servants. He has also been arrested for allegedly destroying evidence and violating the provisions of the Juvenile Justice Act. The couple is in police custody.

According to Rishikant, spokesperson with NGO Shakti Vahini, violence against domestic helps is on the rise.”There has been a rise in such cases. There is an all-round debasement in society.

“It is also linked to the economic situation of the people. People have suddenly got rich, and this makes them ill-treat those who are poor or are working for them,” Rishikant told IANS. The NGO rescues minors working as child labourers.

Recounting a 2006 incident, which he has never been able to forget, Rishikant said three girls aged between eight and 12 were rescued from a Faridabad house.

“Their employer used to give them food inside the toilet and used to beat them with a flat wooden bat meant for pounding clothes while washing. The three were brought here on the pretext of a job from West Bengal and Chhattisgarh,” Rishikant told IANS.

The three girls were working in an engineer’s residence. According to Deputy Commissioner of Police S.B.S. Tyagi, such brutality is seen in homes where the woman of the house is “frustrated” or “depressed” for whatever reason.

“It might be financial loss, marital discord or mental disorder. But nobody has the right to assault their maid, whether they are minor or major,” Tyagi told IANS.

In the past decade such cases have gone up and in most of them, the victims are minor girls, said another police officer.

Girls from eastern states like West Bengal, Chhattisgarh and Jharkhand, as also Andhra Pradesh, are usually brought as housemaids. They are often lured to Delhi by a placement agency agent, who brings them on the pretext of job but then “sells” them to an employer.

In the past two months, three maid-battering cases have been reported in the national capital. In September, a minor from West Bengal was recovered from the south Delhi home of a female employee of a multinational company.

Police arrested the employer. In October, a 13-year-old girl ran away from her air hostess employer’s home in south Delhi after being locked for two days. Police later arrested the air hostess.

According to Rishikant, in 90 percent of such cases, the minor girls were assaulted by their female employers.

There is yet no specific law to safeguard the rights of domestic workers. The employer can be booked under laws preventing child labour if a child below 14 years is employed as a domestic help.

For children between 14 and 18 years of age, the Juvenile Justice Act comes into play.

For crimes in which the domestic help is an adult, various sections of the Indian Penal Code are invoked.

The draft Delhi Private Placement Agencies (Regulation) Bill lays emphasis only on the functioning of placement agencies and the background check of domestic workers. But the bill, which has been long-pending, is silent on the rights of domestic workers and on penalising employers found violating these rights.

(Alok Singh can be contacted at alok.s@ians.in)